O God, please suspend the natural order of
the universe for my personal convenience. Amen.

My true religion, my simple faith is in love and compassion. There is no need for complicated philosophy, doctrine, or dogma. Our own heart, our own mind, is the temple. The doctrine is compassion. Love for others and respect for their rights and dignity, no matter who or what they are – these are ultimately all we need.

WHS NEW
after more than ﬁve thousand years?
Please present a philosophy with something to add to
What's Been Said By:

Jews for longer than 5571 years (Adam ’n’ Eve):
Do to no one what you yourself dislike

Hindus, for longer than thirty-four hundred years:
One should never do that to another which one regards as
injurious to one’s own self.

Confucius for longer than 2560 years:
Never impose on others what you would not choose for yourself.*

Siddhartha Gautama for longer than 2430 years:
One should seek for others the happiness one desires for himself.

Luke, for longer than two thousand years:
And as ye would that men should do to you, do ye also to them likewise.

Muhammad for longer than 1335 years:
Hurt no one so that no one may hurt you.

L. Ron Hubbard(?), having nothing new to say:
Try not to do things to others that you would not like them to do to you.*


Since a teen-ager, I've believed that Yeshuah Ben Joseph, from approximatly his late teens 'til his early thirties, studied philosophy in India. Although the Jewish calendar is the oldest, it's extremely likely that each succeeding prophet studied earlier ones, as Muhammad clearly says about his predecessors, Moses and Jesus of Nazareth, even though each in succession had less to add to what already was.
*What Confucius and L. Ron Hubbard have to say looks like a masochist's plea.

GOD-GIVEN RIGHTS
The 2012 Republican Convention taught me that I worship the same god as they:
It took 2,232 years, from Sunday, October 23, 4004BCE, the date Bishop James Ussher calculated for the birth of Earth, until

Hammurabi's Code in 1772BCE, for there to be written law other than the Jews' Ten Commandments that are devoid of human rights. The ﬁrst attempt at creating rights for citizens came with the Magna Charta on June 15, 1215 in opposition to royalty.
Aﬅer many years of questioning, I ﬁnally have the identity of the god worship'd by the Republican Party. As they speak, the USA's Bill of Rights, ratiﬁed December 15, 1791, the ﬁrst clearly deﬁned code of human rights, amended to the Constitution of the United States of America, and god are synonymous! “God-given” and “Constitutional” rights are identical. Whew! Finally! Now I know.
It's a god that I worship with greater fervor than they as they're so hypocritical they don't care about the rights our god gives us. I do.

The “Rights” content was added to this page because:

CHRISTIANITY
is the belief that a cosmic Jewish zombie
who was his own father
can make you live forever
if you telepathically tell him
you accept him as your master
so he can remove an evil force
from your soul that is present in humanity
because a rib-woman was convinced
by a talking snake to eat from a magical tree.

— Anonymous
The reason people use a crucifix against vampires is that vampires are allergic to bullshit.
Richard Pryor, 1971 Atheists Don't Have No Songs
Steve Martin and the Freedom Tuners


Good deeds aren't enough to secure
ETERNAL LIFE
I've never quite understood the attraction of “eternal life”. What would one do for a few octillion years? Watch our Universe expand? our star turn red? our planet die?
If any human has ever been deserving of Heaven, it's Leonardo da Vinci. By now he's probably read every book ever writ­ten, invented every machine we've yet to see, analyzed every microbe, and sucked and fucked every guy he attracted so, now what? What do you think he'll do for the rest of time?

What would you do?
After the first Century or so, I have no idea what I'd do, or even want to do, for such an extended period. The first few years I'd dance with every dancer I choose, listen to every piece of Western-genre music played by their com­posers, see every play ever written directed by the playwrights and per­formed by the greatest actors who ever died, same with operas and musicals and ballets conducted, directed, and performed by their creators. Then I'd move on to non-Western cultures' achieve­ments as, I presume, in Heaven we all speak every language as was the case here before a kind, loving, helpful, and supportive god got pissed off at Babylon.
Of course I'd fuck all the women who died before we could here: Eve, Helen of Troy, Cleopatra, Jane Russell, Marilyn Monroe, Alma Spreckles, Eva Gardner, Maria Tallchief, Ingrid Bergman, Elizabeth Taylor, María mater Yashua ben Joseph, Luisa Tetrazzini, and oh-so-many others too many to name. All that should take but a few hundred years.
I would want to take my meals (for us San Franciscans, dining is heavenly) in the company of Leonardo da Vinci, Socrates, Jean Paul Sartre, Friedrich Nietzsche, Charles Darwin, Thomas Edison, Albert Einstein, Gianlorenzo Ber­nini, Beniamino Bufano (with whom I was acquainted), Auguste Rodin, Con­fucius, Benjamin Franklin, Siddhattha Gotama, Steve Allen, Plato, Abu al -Qasim Muhammad Ibn Abd Allah Ibn Abd al-Muttalib Ibn Hashim, Yashua ben Joseph, Samuel Clemens, and a great many others, countless, too numerous to try to name.

Then what? Do it all over … again? … forever?
That's presuming, of course, that in Heaven we learn and grow. If we remain as we are at death, disease-ridden, mentally diminished, and wracked with pain, of what would we be capable? And, in the case of accidental death, in pieces. Can you imagine your genitals in Heaven and your head in Hell?
But, in Heaven, how do you know those people? The bodies that allow us to recognize them are here, some buried, some burned, some eaten, some vanished; only their spirits are there.
Mormons say they believe that, in Heaven, we see people as they were to us in life so you, who died at 90, will never be older than your parents who died at 50. The more you think about that concept, the more complicated it gets.

Lloyd Bonafide
IC> Of course I'd fuck all the women
Is Shirley Jones on that list?
Of course she's included … and oh-so-many others too many to name”

NormaK
But these women will not appear as they did in this life--so better to rethink all of this.
As I previously said:
“Mormons say they believe that, in Heaven, we see people as they were to us in life”
Eve, Cleopatra, María mater Yashua ben Joseph, Helen of Troy and many others went to Heaven many centuries-to-millennia before my imminent arrival. Eve is older'n seven thousand but, using the Mormon thesis of how others appear to us, she's rather cute as depicted in so many objects d'art. I'd see her, and the others, as they are to me, not how they are to others nor how they really are/were. How they'd see me is irrelevant as it's my Heaven, not theirs, of which I speak. Playing with me might be their version of Hell but I wouldn't know as that would depreciate the quality of my Heaven.

I don't believe they are in human form...
Not a problem. We'll all be in the same relative form as the rest of the after-lifers. But, in my Heaven, they would be just as fine and attractive to me as their 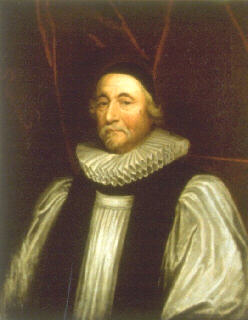 pre-death forms.
As far as anyone knows, Adam and his sons created no depic­tions of Eve. For all we know, she's Lucy. I doubt it, though, as Eve is only 6015 and Lucy's at least three, perhaps four, million.
At eight in the evening of October 22, 4004 BCE, the Uni­verse was formed. And on November 23, Earth was according to the 1650 calculations of James Ussher (b. 1/4/1581). We can presume that Eve came along about a month later thus making her age 6015, not the seven thousand I previously said.
The greatest of calendulators, the Maya, say that Time began on December 21, 3014 [some calculate August 21, 3114] BCE.
The Hebrew calendar began 5771 years ago, about 600 years before the Maya but, then, it took longer for Africans to migrate to Central America than it did to the Middle East.
The Chinese got a late start; this year [2011] is only 4709.

Jean B.
Hmmm. That provides MUCH to think about. As an atheist, I don't spend any time thinking about everlasting life or expecting it. I might quickly think it would be nice but... That's as far as it goes. My first thought was of relationships. Would we be with the folks we are close to now, and would we want to be with them for eternity? I think I'll leave this o my screen and think about it more in the morning.

Having advanced to an age when
relatives, acquaintances, and friends are dying
in ever-greater numbers, and
having attended several memorial services
every one of which included the phrase that
the dead person “is in a better place”

Who goes to ell?